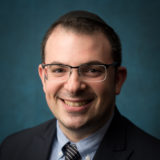 Prior to his tenure at Bnai Zion, he served as Special Advisor to the President of Yeshiva University. He is also formerly the William Fischman Resident Scholar at the Jewish Center in Manhattan. A graduate of Yeshiva University, Rabbi Lamm earned his MA, as a US-UK Fulbright Scholar, in Jewish Studies and Eastern Christianity from University College London, an MA from Princeton University in Religion, and rabbinical ordination from the Rabbi Isaac Elchanan Theological Seminary. He earned his PhD in ancient Judaism and Christianity from Princeton University.

He is a founding editor and contributor at The Lehrhaus, a premier online publication for contemporary Jewish thought (www.thelehrhaus.com), and an alumnus of the Wexner Graduate Fellowship in Jewish Studies. His writing has appeared in the Wall Street Journal, The Jerusalem Post, Tablet Magazine and First Things magazine. He has spoken and taught across the world—from New York to Los Angeles; from London to Jerusalem; from Toronto to Hong Kong—about the role of Jewish values in addressing real world problems.

As an historian of religion, he is interested in the role of religion, religious values and tradition in shaping the global moral discourse. His particular expertise lies in the relationship between Judaism, Christianity and other world religions, from antiquity to today. He is passionate about exploring both traditional values and human ingenuity as powerful forces for good in the world.