Does the Bible have a Political Teaching?

The Bible has been marshaled in the service of many political doctrines. But does it have a political teaching that is its own? This paper argues that the central historical narrative of the Hebrew Bible (beginning in Genesis and ending with the book of Kings) was composed with an eye to advancing a consistent political theory. The biblical narrative issues biting criticism of both the imperial state familiar to the ancient Near East; and of its opposite, political anarchy. In place of these, the Bible advocates a new and intermediate form of political association: the unification of all Israel under a limited state, to be ruled by an Israelite “whose heart is not lifted above his brothers.” This limited state would be constrained with respect to its territorial ambitions, the size of its military, and the resources it would expropriate from the people in the form of taxes and forced service. Such a state has set out on “the way that is good and right,” and can hope for God’s protection from destruction and exile. Thus the freedom of the Israelites is understood to depend not only on maintaining a ban on idolatry, as is often said, but also on adherence to a political doctrine of a limited government over one nation. Only such a regime is thought to deserve the loyalty of man as well as God, and the ultimate collapse of the Israelite state is attributed to the abandonment of this political doctrine by the Israelite kings.

Read the full paper at: https://www.yoramhazony.org/wp-content/uploads/2013/11/does_the_bible_have_a_political_teaching.pdf

Yoram Hazony is an Israeli philosopher, Bible scholar and political theorist. He is the award-winning author of The Virtue of Nationalism (2018), which was selected as Conservative Book of the Year for 2019, and was an amazon #1 best-seller in both International Diplomacy and Nationalism.

He has appeared in The Wall St. Journal, The New York Times, and on NPR’s “All Things Considered.” He is President of the Herzl Institute in Jerusalem and serves as Chairman of the Edmund Burke Foundation, a public affairs institute based in Washington. Learn more at yoramhazony.com. 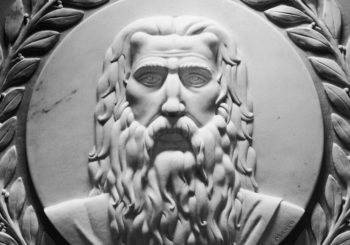