When Dr. Kalman Kaplan had only just begun practicing as a psychologist, his uncle made an observation that Kaplan remembers to this day.

The term “psychology,” Kaplan’s uncle noted, is composed of two Greek words meaning “soul” (psyche) and “mind” (logos)—a linguistic compound that suggests mental processes and well-being are somehow separated from the body. Kaplan’s uncle contrasted this with the Hebrew word nephesh. Although it is often translated as “soul,” nephesh integrates body and soul and encompasses meanings as diverse as “living being,” “self,” “throat,” “mind,” and “passion.” As Kaplan’s uncle pointed out, “Body and soul are not separate.”

Throughout his many years working as an academic and clinical psychologist, Kaplan has come to appreciate his uncle’s insight and to see the importance of reclaiming Hebraic (biblical) ideas about psychology in a world often shaped by Greek ones. In an interview with the CHT, Kaplan shared some of his conclusions about how the Bible offers psychologically sound guidance for a happy and fulfilling life.

Empirical evidence within the social sciences highlights key stressors that can contribute to deteriorating mental health and devastating responses. These stressors are wide-ranging, including being adopted, being a refugee, coming from an incestuous family of origin, being afflicted with a terrible malady, depression, problems of identity, and more. Kaplan noted that the ancient Greeks grappled with all these stressors—in their tragedies, for example—and that all appear in the Bible as well. Yet the Greek and Hebrew worlds had starkly different approaches and responses to such stressors.

Kaplan offered several examples. Both the ancient Greek world and secular modern psychology are shaped to some degree by the notion of the “Oedipus complex,” which views father-son relationships as conflictual and competitive. The term “Oedipus complex” comes, of course, from the Greek tragedy of Oedipus, immortalized by the playwright Sophocles. As the story goes, King Laius hears from an oracle that his son Oedipus will one day kill him and marry his wife. Thus, Laius attempts to kill Oedipus, putting into motion a series of events that eventually lead to the oracle’s fulfillment and a tragic ending. Castration occupies a prominent role in Greek father-son narratives: for example, Kronus and Uranus. For Kaplan, this negative and competitive relationship between father and son contrasts with the biblical story of Abraham and Isaac. There, God covenants with both father and son, symbolized by circumcision, such that Abraham has a vested interest in seeing Isaac succeed and indeed develop fully. The Hebraic story provides a healthy model of how fathers can support and encourage their sons, considering the broader chain of generations, rather than fathers blocking sons out of the fear that their sons will surpass and displace them.

Kaplan provided a number of other such Greek-Hebrew contrasts: Antigone vs. Ruth (both born out of incest); Coriolanus vs. David (both refugees), Oedipus vs. Moses (both adopted). In each case, the same stressor exists in both the Greek and the Hebrew stories. But, Kaplan affirmed, biblical stories offer a prophylactic against the stressors, providing a life-affirming alternative to the Greek tragic ending.1Kaplan, K. J. and Cantz, P. (2017) Biblical Psychotherapy: Reclaiming Scriptural Narratives for Positive Psychology and Suicide Prevention. Lanham, MD: Lexington Books.

Today, most psychologists, psychoanalysts, social workers, and even pastoral counselors learn a psychology based on the Freudian system (psychosexual stages, Oedipus complex, narcissism, etc.) which in turn reflects the pathology in Greek thinking without providing a Hebrew corrective. This is true even for newer approaches such as client-centered, existential, humanistic, and even multicultural approaches. As Dr. Eric Wellisch, medical director of Grayford Child Guidance Clinic in England, argued almost seventy years ago,

The very word “psyche” is Greek. The central psychoanalytic concept of the formation of character and neurosis is shaped after the Greek Oedipus myth. It is undoubtedly true that the Greek thinkers possessed an understanding of the human mind which, in some respects, is unsurpassed to the present day, and that the trilogy of Sophocles still presents us with the most challenging problems. But stirring as these problems are, they were not solved in the tragedy of Oedipus. In ancient Greek philosophy, only a heroic fight for the solution but no real solution is possible. Ancient Greek philosophy has not the vision of salvation. . . . There is need for a biblical psychology.2Wellisch, E. (1954). Isaac and Oedipus: Studies in Biblical Psychology of the Sacrifice of Isaac, London: Routledge and Kegan Paul, p.115.

A Life of Purpose

One of the key biblical stories to which Kaplan often points is that of Job, who suffers the loss of his possessions, children, and personal health in a rapid series of brutal blows. Despite his losses, Job remains purposeful in life, maintaining his “sense of who he is.” Kaplan contrasts Job’s story to that of Zeno the Stoic who, upon merely stubbing his toe, concludes that the gods are sending him a sign and commits suicide. In other words, Zeno “catastrophizes” a minor stressor.

For Kaplan, there is an important difference here between Job’s sense of purpose and Zeno’s senseless search for meaning. Individuals desperate to find “meaning” in their lives may end up attempting to save the world while abnegating their simple daily responsibilities. Such discontentment with our simple lives can lead to misery, disaster, and even suicide, as the Greeks themselves demonstrated.

In his own clinical practice, one story stands out to Kaplan, involving a woman whom he calls “Charlotte.” Many years ago, Charlotte wrote to Kaplan, arguing that between life and death there is a third state, that of “miserable existence.” People in this state should, Charlotte argued, be allowed to choose physician-assisted suicide. In their informal correspondence, Kaplan attempted to help Charlotte find a deeper purpose in her life—not necessarily something grandiose, but “living her life in a decent, good way; being a grandmother.” Sadly, however, Charlotte ultimately concluded that her life lacked meaning and committed suicide with the help of the infamous Jack Kevorkian. Kaplan believes that psychologists today, learning from the biblical model, could help their patients by encouraging them to match their aspirations with who they are rather than seeking some non-existent “ideal form” (language from Plato, another famous ancient Greek).3Kaplan, K. J. (2020), Living a Purposeful Life: Searching for Meaning in All the Wrong Places. Eugene, OR: Wipf and Stock Publishers.

Kalman believes that the emerging field of biblical psychology has the potential to transcend the limitations of earlier waves of psychology. It differs from humanistic modern psychology in being open to the spiritual concerns of faith communities. It differs from both psychodynamic theory and behaviorism in its emphasis on the integration of inner processes and outer behavior, reflecting the fact that humans are not simply psyche-logos but also nephesh, and avoiding the overly cognitive and emotion-repressing Greek approach.

The importance of the physical as well as the mental emerged in Kaplan’s musings. Reflecting on his engagement with Charlotte, Kaplan wondered if he should have done more to try to help her, beyond his letters and attempted phone calls. Despite the fact that Charlotte was not actually his patient, Kaplan wondered, “Maybe I should have just gone to her house.” Later in his interview with the CHT, Kaplan summarized the plotline of the movie The Sunset Limited, in which a janitor stops an academic from committing suicide by jumping in front of a subway.  He takes him to his apartment, “but he doesn’t give him any food,” Kaplan added. And the academic leaves, presumably to complete his suicide. Kaplan’s comment about food sounded a little funny at first, but his recognition of food’s importance points to something deeper. After all, when the biblical figure of Elijah is depressed, God sent an angel to feed him and stay with him while he rested.  In contrast, when Ajax is depressed, his brother asks those around him to stay with him—but they don’t, and Ajax falls on his sword and dies.

Physical presence, physical touch, physical food—these elements are all important to our mental well-being, because we are each a nephesh, not simply a psyche-logos detached from a body. As a Christian reflecting on Kaplan’s comments, it strikes me that his message is surely strengthened in the Hebraic reasoning of the New Testament. There, Jesus Christ is given to us not in an abstract series of truths to be grasped by soul and mind but in an incarnate physical body, and in bread and wine.

Kalman J. Kaplan, PhD, is professor of psychiatry at the University of Illinois at Chicago College of Medicine, A Fellow of the American Psychological Association, and a member of the Faith Communities Task Force of the National Action Alliance for Suicide Prevention. He has been awarded in the past both Fulbright International Fellowships and a Start-Up Grant from the John Templeton Foundation. Visit Dr. Kalman Kaplan’s website at biblicalpsychology.org.

2. Wellisch, E. (1954). Isaac and Oedipus: Studies in Biblical Psychology of the Sacrifice of Isaac, London: Routledge and Kegan Paul, p.115.

3. Kaplan, K. J. (2020), Living a Purposeful Life: Searching for Meaning in All the Wrong Places. Eugene, OR: Wipf and Stock Publishers. 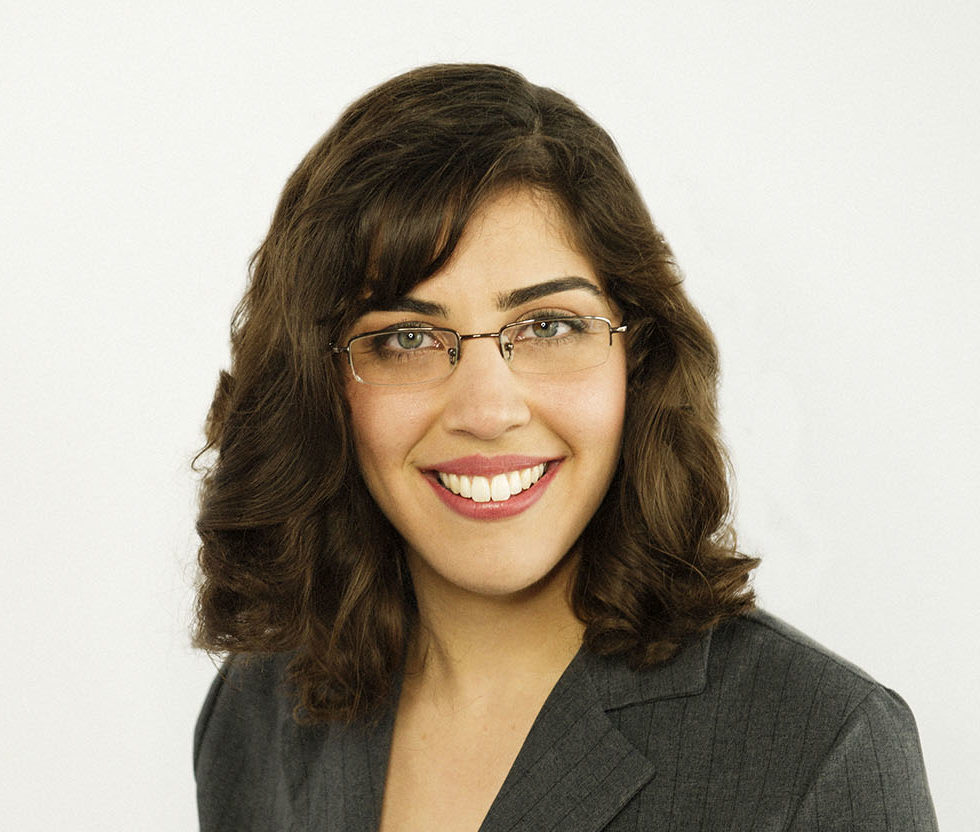 Amy Gabriel has worked in advocacy and education for many years, including at The Centre for Israel and Jewish Affairs, Tyndale University, and Westminster Classical Christian Academy (Toronto), as well as at Shalem College (Jerusalem).  Amy holds an MA in Theological Studies at Wycliffe College (University of Toronto), where her research focused on Holocaust theology. She also has an MA in Political Theory (University of Toronto) and a BA in English and Philosophy (Tyndale University College).