Robert Nicholson is Founder and Executive Director of The Philos Project. He holds a B.A. in Hebrew Studies from Binghamton University, and both a J.D. and M.A. in Middle Eastern history from Syracuse University. A former U.S. Marine and a 2012-13 Tikvah Fellow, Nicholson founded The Philos Project in 2014. His advocacy focuses on spreading the vision of a multi-ethnic and multi-religious Middle East based on freedom and rule of law. Mr. Nicholson serves on the Board of Directors of Passages, and is a publisher of Providence: A Journal of Christianity and American Foreign Policy. His written work has appeared in First Things, The Federalist, The Jerusalem Post, The Hill, and The American Interest, among others. The Time-World of the Bible

“The biblical view of time is radically different from both ancient philosophical and modern scientific views. In the Bible, time is personal.” 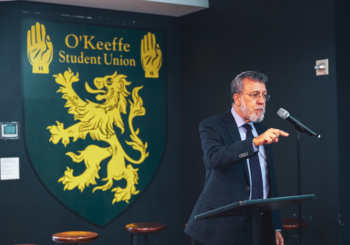 Rabbi Dr. Joshua Berman (Bar-Ilan University, Israel) gave a talk at The King’s College on January 31st on our modern… “The Bible Thinks” workshops help Christians think through and apply biblical thinking to complex and current topics. About this Event… Moral Progress in the Bible?